Bored of sitting in your home in lockdown? searching for the best android game to play now? you are in the right place.

Games are one of the best ways to entertain your self especially when you play them with your friends. here are the best android game of many categories to play now. just select one of those games, download from play store and start playing.

Be ready to enjoy Console quality HD game Call of Duty on your smartphone.

After the PUBG, the cod mobile game gets released with different types of matches like Battle Royale battleground, Fast 5v5 team deathmatch, Sniper vs sniper battle.

you will get the same thrilling 3D graphics and sound. Experience with iconic multiplayer maps and modes in cod mobile version as you get in console.

PUBG is also known as PLAYERUNKNOWN’S BATTLEGROUNDS  is one best android game you can play right now. it’s a survival action battle games where you can form a squad of 4 players, customize your character and many more. here 100 players land on an island fight till the last squad/player left.

Love speed? then you must try asphalt 9 legends car racing game which will increase your heartbeat as soon as the speed of your car increased.

Unlike any other racing game. in this game, you will get real hypercars to drive like Ferrari, Porsche, Lamborghini and W Motors and many more.

you can choose your own dream car, customize it and race against up to 7 rival players from all over the world in the online multiplayer mode.

Have you ever dreamt of to build your own city?

if yes, then just give it a try as this game is similar to your dream where you build everything from the simplest of homes to the grandest of castles. you craft your weapons and armour to keep your city/village safe from the enemy.

Unlike any other game, this game has no specified target/goal which you have to achieve. you just create and rule and your city. but let me tell you this game is way more interesting than it sounds in words, that is why it has more than 10m+ download after being a paid game.

Now not just watch pokemon, because its time to catch them. yes, you read correctly.

Pokemon go as that name sound is a pokemon game where you catch different types of pokemon and fight a battle against other players.

But it’s not that simple as it sounds. it’s not just sitting at one place and play the game.to catch pokemon you have to explore your home, your street or maybe a city in real life. as who knows where the pokemon is hiding.

If you are bored with action and adventure games and looking to try different kind of game than you should try among us.

It’s a mind& strategy multiplayer game. the concept of the game is simple. you and other players are in a spaceship who have been assigned a different kind of jobs to do. but one of you is an intruder who is killing other members one by one. you and others player now call a meeting and vote to find out who is intruder among all of you.

Might sound simple and boring, but it isn’t.to knows more, just give it a try.

You must have heard the clash of clan. it’s a strategy game where you are the head of the village.it’s your duty to defend and attack other villages to earn games currencies. this currency can be used to upgrade defence, train your troops and many other things.

you can create your own clan/team and compete against millions of players. so what are you waiting for, go and create your clan?

Is football your favourite game? but can’t play because of lockdown? then now play football in your smartphone just by sitting in your home.

E-Football Pes, one of the best sports android game, is high-end graphics multiplayer sports game with the option to play  Real-Time Online Matches. you can create your own team and compete in Matchday and various other competitive esports events.

Brawl stars are 3v3 multiplayer game where you defend your self from the enemy as well as collect gems which appears from time to time. the player with the 10 gems wins the game and gets coin and more brawler(character) with more power.

you can play a different kind of matches in this game like Solo/Duo,3v3, Special Events, Championship Challenge and many more.

you can also play hunter assassin which is similar to brawl stars.

there is no need to talk about this game so just go and enjoy GTA.

Limbo is 2d dark puzzle game where a cute little kid, Uncertain of his sister’s fate, a boy enters LIMBO.this game’s story is difficult to understand as a different person see this game at a different perspective.

moreover, the kid is trying to find his sister and on away, he has to solve a different kind of puzzles/problems.apart from its dark theme, its music makes this game more interesting and horror. make sure to use good earphones to enjoy the game at its full level.

Crowd city is not so amazing game but its concept is amazing. in this game, as the name says, you create crowd as much as big you can by gathering people into your team.

lead them to fight other players crowd.; and the last one to stand with the biggest crowd wins. 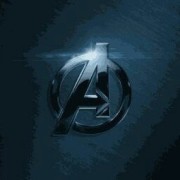 Hey, its Aditya a mechanical engineer and a tech blogger at richestnerd.com. I like to write about the latest gadgets and game. when I am not writing, I watch anime.

Can you buy lottery tickets with a credit card?