GPU is a single-chip processor that creates lighting effects and transforms objects every time a 3D scene is redrawn. These are mathematically-intensive tasks, which otherwise, would put quite a strain on the CPU. Lifting this burden from the CPU frees up cycles that can be used for other jobs.

Modern GPUs are very efficient at manipulating computer graphics and image processing, and their highly parallel structure makes them more efficient than general-purpose CPUs for algorithms where the processing of large blocks of data is done in parallel. In a personal computer, a GPU can be present on a video card, or it can be embedded on the motherboard or—in certain CPUs—on the CPU die.

It was popularized by Nvidia in 1999, who marketed the GeForce 256 as “the world’s first GPU”, or Graphics Processing Unit. It was presented as a “single-chip processor with integrated transform, lighting, triangle setup/clipping, and rendering engines”. Rival ATI Technologies coined the term “visual processing unit” or VPU with the release of the Radeon 9700 in 2002.

A graphics processing unit is able to render images more quickly than a CPU because of its parallel processing architecture, which allows it to perform multiple calculations at the same time. The resulting performance improvements have made GPUs popular chips for other resource-intensive tasks unrelated to graphics.

Modern GPUs use most of their transistors to do calculations related to 3D computer graphics. They were initially used to accelerate the memory-intensive work of texture mapping and rendering polygons, later adding units to accelerate geometric calculations such as the rotation and translation of vertices into different coordinate systems.

In addition to the 3D hardware, today’s GPUs include basic 2D acceleration and framebuffer capabilities (usually with a VGA compatibility mode). Newer cards like AMD/ATI HD5000-HD7000 even lack 2D acceleration; it has to be emulated by 3D hardware.

GPU-accelerated computing is the use of a graphics processing unit (GPU) together with a CPU to accelerate deep learning, analytics, and engineering applications. Pioneered in 2007 by NVIDIA, GPU accelerators now power energy-efficient data centers in government labs, universities, enterprises, and small-and-medium businesses around the world. They play a huge role in accelerating applications in platforms ranging from artificial intelligence to cars, drones, and robots.

A simple way to understand the difference between a GPU and a CPU is to compare how they process tasks. A CPU consists of a few cores optimized for sequential serial processing while a GPU has a massively parallel architecture consisting of thousands of smaller, more efficient cores designed for handling multiple tasks simultaneously.

Compositionally, the CPU is made out of only a couple of centers with heaps of storage memory that can deal with a couple of programming strings all at once. Interestingly, a GPU is made out of many centers that can deal with a huge number of strings at the same time. The capacity of a GPU with 100+ centers to handle a large number of strings can quicken some product by 100x over a CPU alone. Additionally, the GPU accomplishes this speeding up while being more force and cost-productive than a CPU.

It is an electronic circuit used to accelerate the making of both 2D and 3D pictures. GPUs can either be coordinated, which means they are incorporated into the PC’s CPU or motherboard, or they can be committed, which means they are a different piece of equipment known as a video card. By having a different processor, the GPU permits the PC’s CPU assets to be utilized for other significant errands. In the image is an illustration of a GPU on a video card without the warmth sink.

How Does a GPU Respond?

The illustrations handling unit, or GPU, has gotten quite possibly the main sorts of registering innovation, both for individual and business processing. Intended for equal preparing, the GPU is utilized in a wide scope of uses, including illustrations and video delivery. In spite of the fact that they’re most popular for their abilities in gaming, GPUs are getting more famous for use in inventive creation and man-made consciousness (AI).

GPUs were initially intended to quicken the delivery of 3D designs. Over the long haul, they turned out to be more adaptable and programmable, upgrading their capacities. This permitted designs software engineers to make additionally intriguing enhanced visualizations and practical scenes with cutting edge lighting and shadowing methods. Different designers likewise started to tap the force of GPUs to drastically quicken extra outstanding tasks at hand in superior figuring (HPC), profound learning, and then some.

GPU and CPU: Working Together

The GPU developed as a supplement to its nearby cousin, the CPU (focal preparing unit). While CPUs have kept on conveying execution increments through building developments, quicker clock speeds, and the expansion of centers, GPUs are explicitly intended to quicken PC illustrations remaining tasks at hand. When looking for a framework, it tends to be useful to know the job of the CPU versus GPU so you can take advantage of both.

Computer games have gotten all the more computationally escalated, with hyperrealistic designs and huge, confounded in-game universes. With cutting edge show advances, for example, 4K screens and high revive rates, alongside the ascent of computer-generated reality gaming, requests on designs preparing are developing quick. GPUs are equipped for delivering designs in both 2D and 3D. With better illustrations execution, games can be played at higher goal, at quicker casing rates, or both.

For quite a long time, video editors, visual fashioners, and other innovative experts have battled with long delivering times that tied up figuring assets and smothered inventive stream. Presently, the equal handling offered by GPUs makes it quicker and simpler to deliver video and designs in better quality organizations. Moreover, current GPUs have devoted media and show motors, which take into consideration significantly more-power-effective video creation and playback.

Probably the most energizing applications for GPU innovation include AI and AI. Since GPUs join a phenomenal measure of computational capacity, they can convey inconceivable increasing speed in remaining burdens that exploit the profoundly equal nature of GPUs, for example, picture acknowledgment. A large number of the present profound learning advancements depend on GPUs working related to CPUs. 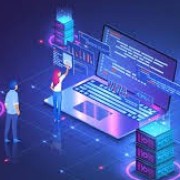 Advantages of Having Education ERP Software in your School/ University

Count On The Growing Scope of Online PC Accessories