Uyannomiya Brex’s new season boasts Ryan Rossiter as a naturalized player from the beginning and Josh Scott’s new addition to boast one of the league’s best inside tiers. Even Kosuke Takeuchi, who has always played as a mainstay throughout his 13-year career, will be forced to compete in the team this time. Even so, I was prepared to say, “I thought competition was the norm when the rules changed,” and I am preparing for the victory since the first year of the B League.

“I want to prepare for emergencies while competing”

── I watched a video of the practice scene at the gym. The practice has already started.

Team practice hasn’t started yet, and I feel that the coaches have helped me with individual practice. So I don’t practice interpersonal practice at all. Some people even wear a personal trainer or go home to work out. I have been training in Utsunomiya all the time.

──How did you spend the period when you could not use the gym?

After I declared the emergency, I was able to use the gym, but I couldn’t go out for a long time, so I was relaxed.

I was getting tired more and more during the season, and I had to hurt my left shoulder and right hamstring during the season, so I rehabilitated. I couldn’t heal it easily, so I wanted to take an MRI and do a thorough examination, but I couldn’t go to the hospital because of the cluster. After 2 months, I was finally able to have an examination, but now that I’ve healed, I’m happy.

──It was hard not to go to the hospital. What was your favorite time among them?

I don’t spend much time with my family during the season, so it’s time to be with my family. I wanted to play outside, so I used to look for a park with few people. If it were a park, it wouldn’t be 3 dense.

── Regarding the new season, Josh Scott is newly added as Rossiter will be naturalized and will fight for the full season. Isn’t the inside team competition quite fierce?

When the rules changed from this season and three foreign nationals entered the bench, I thought it would be natural for anyone to come. I think it has become a strict rule for Japanese Big Man.

──It’s certainly the impression that the Japanese Big Man, whose main battlefield is the inside, was having a hard time securing the play time even when he saw last season.

I think there is a policy of each team and head coach, but I also use foreign nationals if I am a manager (laugh). Winning is the first priority. However, Anzai (Ryuzo) head coach creates a team that fights together. The idea is that what you can’t do in practice can’t be done in games, so if you have a strong presence in practice, you will have a chance, even if you are a Japanese big man.

── Looking back on your career, isn’t this the first time for proper team competition? Are there any emotional differences?

There wasn’t much competition because we had a certain amount of play time. Normally, I think that all teams will have three insiders, so I would like to manage to break in there.

I want to fight firmly because competition leads to my own growth. I’m a veteran too, but Jeff (Gibbs) will be 40, Scott is also very injured, and it would be difficult for one person to run out of 60 games, so I want to prepare for an emergency while competing. ..

──When Takeuchi joins, there is an impression that the offense cooperation will improve, but are you confident of winning?

I can’t say anything, but I am in good condition because I am able to practice with the help of the coaches.

With the outside type LJ/Peak in, I think that it often goes out with the peak in terms of balance. I’m not a player who monopolizes the ball, so I think it’s good for spacing and keeping peak balance.

I don’t know what will happen, but I don’t think I can win because there are many foreign players. There are also good points of Japanese players, so I would like to put out good parts to make them function.

──It’s still a little off, but what are your feelings now as you approach the new season?

Last season, we lost to Kawasaki (Brave Sanders) and had the worst start. Of course, I knew that Kawasaki was strong last season, but I played a strange game in a game that attracted a lot of attention, so I don’t think I should do that.

── This year, we will compete with the Ryukyu Golden Kings at the opening. Your opponent has finished 1 win and 1 loss for three consecutive years. What is your impression?

I’ve replaced Fujita (Hiroki) head coach now, but I feel that the team has changed since Sasa (Gio) became head coach. I think there was room for improvement in the defense in the first season of the B League, but I think that the defense changed and from that point on, it became a team fighting for the championship.

You said that you want to play in the opening game, but what kind of play do you want to show specifically?

Flex fans are not just dunks or 3 points, but the whole team does their best to defend and take 24 seconds, jump into a loose ball, and get excited by playing like that. I understand that, so it’s important to play attractively, but I hope to be encouraged by the playfulness.

──I think the play you are attracted to depends on your position and role. Where do you want Takeuchi to pay attention?

Where is it (laughs)? Dunk is easy to understand, but I’m older, so I want to play with the kind of feeling that “I can still move that much at that age!”

Recently, I often meet people who tell me that I have been watching since I was in high school. So I want to play like saying, “I can do it for the next five years.” If you think “Hey guys!”, you can do whatever you want (laughs).

── Finally, please give a message to the fans.

I think that our strength is the boost to the fans who play home games. Maybe there are lots of people who can’t come to the arena because of admission restrictions, but I want to play with the expectations and morale that I am always rooting for. Even if you can’t come to the venue, everyone’s feelings have arrived, so in order to respond to that feeling, we will put out 100% of everything on the court. 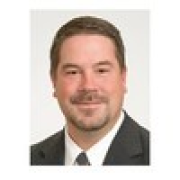