Facts About Transgenders in India Known as Hijras

In Indian society, Hijras are transgender or eunuchs. Transgenders in India are those people whose gender identity does not match the sex they are attributed at the time of their birth. They are segregated from the male and female genders, thus this is considered the third gender.

They have diverse names according to the regions. In some places, they are known as Aravani and some other as Jagappa. Presently this society of transgenders in India is popularly known as Kinnar. They are diagnosed with the gender dysphoria 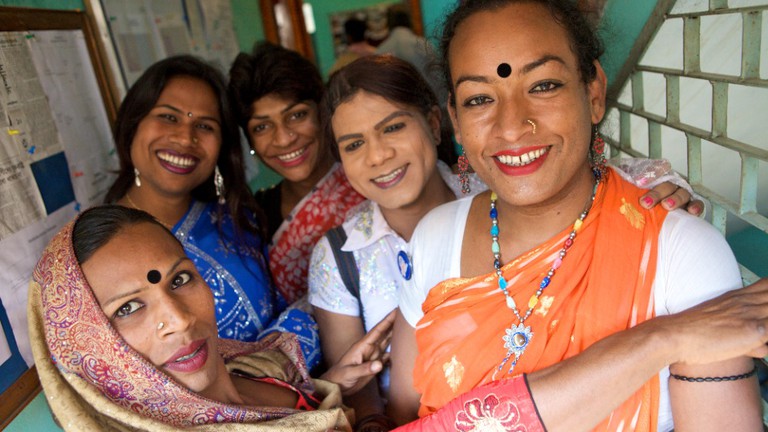 In biologically terms these people discard the masculine traits and behave as women or mixed behavior of masculine and feminine. They have man-like qualities but act as fair sex. Normally they have robust appearance owing to the variation of chromosomes, sex hormones or genitals.

Role of Transgenders in India 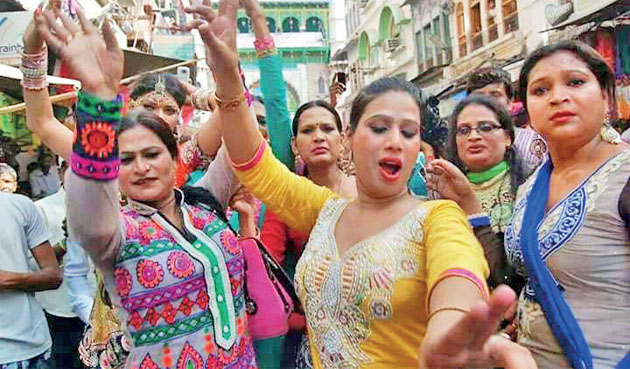 Since times immemorial Hijra community is playing a vital role in Indian society. There has been a legendary figure of Shikhandi in the era of Mahabharata. Hijras claim Shikhandi to be their Godfather. This figure created havoc on the side of Kaurvas. It is considered that Bhishma was doomed to death by the help of Shikhandi. As during the fierce battle of Mahabharta Shikhandi is placed before the arrows of Bhishma, the battle turns the other way. Bhishma declines to war with a transgender and he decides not to attack Shikhandi and is ultimately Killed. Hijra or these transgenders have been playing a significant role in the palaces of the kings, Nawabs and the Muslim rulers.

Hijras in the Mughal Harem?

It is the most often asked question by the westerners and the Indian tourists as who were the guards in the Royal Harem. It was, of course, such a place where the entry of any male was strongly banned. The work of Hijras was diverse. They used to guard the palaces, work as messengers. They use to entertain the royal ladies with their music, dance, and jokes. Thus they used to create comic interlude daily routine.
During the Mughal time, there was a separate department who was headed by top eunuch official. This post was known as Khawjasara. During the time of Shah Jahan and Jahangir KhwajaSara hold an important portfolio. In Agra still, you can visit the famous Transgender Tomb. Thus they hold important posts and authority during the Mughal era.

Hijras Supposed to Have the Ability to Bless 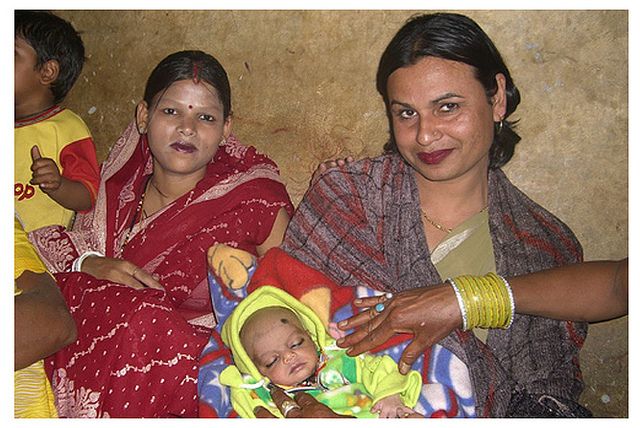 This third gender community according to Indian society is supposed to have the ability to bless.  Most people seek blessings while a child is born or a new marriage takes place.
During the birth rites, they came to the homes seeking information from the hospitals or the neighbors. They come with their troupe and start dancing and singing folk songs.
They put the newborn baby in their lap. Thus they also check out the sex of the child. Later they bless the child with the hymns and throw enchanted rice grains. Their other companions involve in clapping and merriment.

How do Hijras Bless The Ladies for Conception? 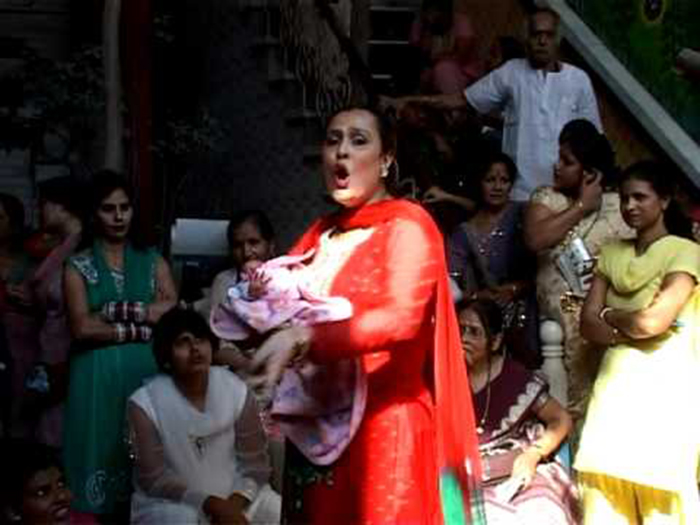 these transgenders perform special rituals to bless the ladies during pregnancy. They are supposed to have anointed water. This water they apply on the surface of the stomach of the pregnant ladies so that they can give birth to healthy progeny from their womb.

How The Transgender bless for Prosperity?

The Hijra communities people bless for prosperity and good luck also. For this purpose they keep a coin-like object with them. They cut it with their teeth and give a portion of that to the blessed ones. People keep these portions in their safe boxes, lockers .

Hijras seen in the Buses & Train 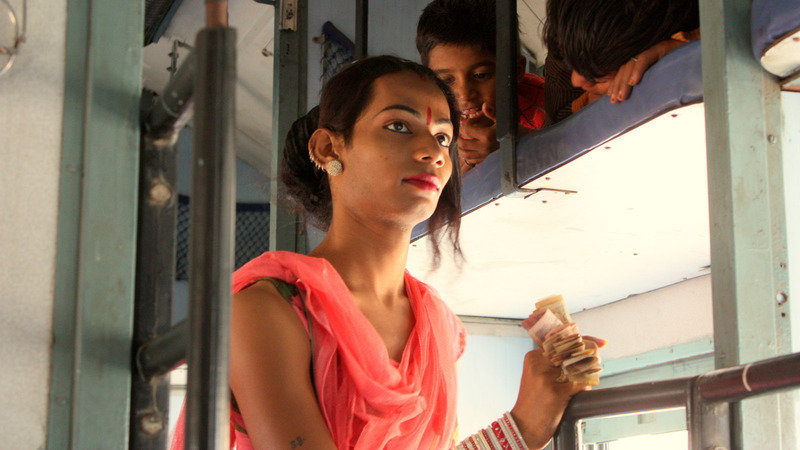 You might see this third sex people or eunuchs during your train travel or bus journey in India, often they are seen in a group of two or three and ask for alms. They bless the travelers with the words and put a blessing hand on the head.

Whom this Hijra Community Worship?

It is considered that the Hijras in India are the devotees of Lord Krishna and Lord Shiva. They also have faith in the mother goddess. At times they also worship the other local duties.

This transgender community in India follows Guru Shishya (Teacher Disciple) tradition like the case with the sangeet Gharanas of India. There are 4 categories of Hijras in India
1- Student – This is the first stage while a member comes to have the training of traditions.
2- Disciple – This is the second stage while the student becomes a disciple.
3- Teacher – The teacher trains the student to prepare them for inducting them as disciples.
4- Bai (Headman)- Bai has the prominent past and they do not do any job. Rather they observe the rules and regulations.

Though this community is spread all over India but living in their localized groups, we can trace their presence during their annual festival or in the Kumbha mela. In Agra city, if you plan for L.G.B.T tourism you can see these people on the streets in abundance. Each year in Agra they hold their National Body meet at Hariyali Vatika on Hariyali Teej. Hariyali Teej normally falls close to Rakshabandhan Festival. Thousands of Members participate in this event. They perform their rituals, honor their senior members and chalk out their future course of action. 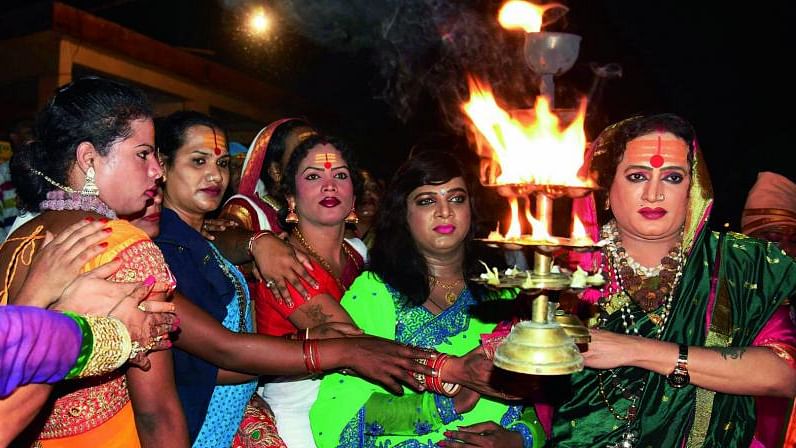 It was the year 2019 while Mahakumba was organized in Allahabad on the banks of Sangam. In this great occurrence, the Hijra community had its first presence and involved in the holy bath. They have their Akharas in Haridwar also like some other places in India. In the next Kumbha of Haridwar also they are supposed to have their mighty presence.

They live in their closely knit groups and some of the many together. These transgenders or the third sex members do not involve in jobs. Rather they survive on alms or bakshish from other people. They became a part of happiness with others, share their happiness, bless people and ask for money. Unlike the transgender community in the western world where the transgenders are a part of social fabric and are not ostracized , the Hijras in India live aloof. They are seen only at certain times with musical instruments like Dholak and harmonium.
During the time of the marriage event, they come and ask for money from the groom’s side. They never demand money from the bride’s side. They become happy and bless the bride to give birth such progeny as should not be unlisted in their category. The literacy rate among this community is almost nil.

How are Hijras dressed up?

Hijras are seen in feminine dress up. They either clad themselves in Sarees in Punjabi attire. Like women, they put on ornaments, apply rouge on cheeks, Surma in eyes.

How do Hijras Perform Death Rituals?

There is a great ambiguity on the death rituals of Hijras. They do not disclose much about this. As commonly believed they take the corpse in the night for burial or cremation so that nobody can witness it. They are supposed to beat up the corpse as they believe this way the dead hijra will not be inclined to be born again as a hijra.

How is the Transgender Bill in India? 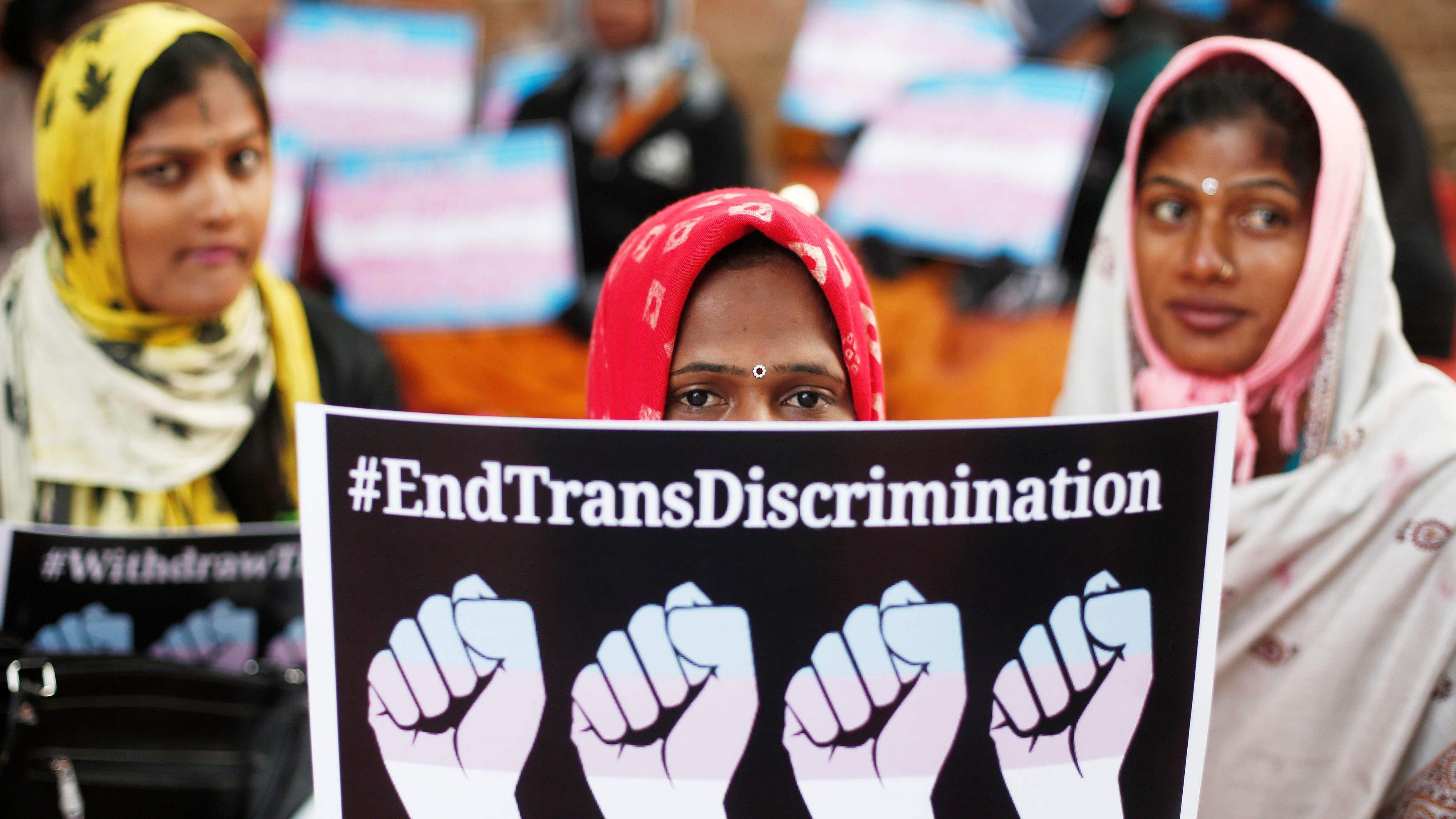 Keeping in mind the abolishing of discrimination faced by transgenders in India and to provide them better social status, the government of India passed a bill in the Rajya sabha in 2015. The present government passed this bill from the parliament of India in 2019. The bill is known as transgender persons (Protection of Rights) Act, 2019. This aims at the protection of rights of transgenders in India against social injustice. Under this bill crime against this section may lead to at least six months imprisonment and fine.

Previous Most Trending Bridal Lehenga Designs of 2022
Next How to Start a Paper Bag Making Business?

How to inculcate the habit of eating healthy and nutritious food in your child?

Everyone’s formative years are during their childhood. Many of the habits you develop at this …