When buying fish in the seafood market, our minds always switch to decision-making mode to buy the best seafood. Am I going for freshwater or saltwater fish? Salmon or tuna? Halibut or Tilapia? Big fish or small fish? Whole fish or fillet?

Yes, we’ve got a lot of considerations. Not all of us, however, ponder this important yet commonly overlooked question: farm-raised or wild-caught?

What’s the difference between farm-raised and wild-caught fish?

Wild-caught fishes are the ones caught in their natural environment (streams, rivers, lakes, and the ocean) by fishermen. Farm-raised variants, on the other hand, are commercially raised by farms in a controlled environment, like pens existing within rivers, streams, and oceans, and large tanks.

So which one is better? It’s a common misconception that wild-caught fishes are better and farmed varieties are bad for you. However, it isn’t black or white – there are a lot to consider when weighing the pros and cons of the two.

To examine them further, let’s talk about nutritional value, contaminants, sustainability, and cost of farm-raised and wild-caught fish.

You are what you eat – and this saying also applies to seafood. How nutritious a fish is largely depends on what it eats.

Generally, the nutritional value in wild-caught fish is thought to be greater than that of the farm-raised variety. A wild-caught fish’s natural diet tends to be more varied, thus has a wider variety of nutrients to us. They tend to be slightly lower in saturated fat than the diet of farm-raised species.

Farm-raised fish, on the other hand, eat the same food day after day. Their diets consist of the farm’s fortified feed. They can be premium fish food or low-quality feeds made of corn, grains, fish oil, and ground-up fish.

If you’re looking for a leaner meat, opt for wild-caught varieties, which are lower in saturated fat. Farmed options have a higher fat content since their diets are designed to fatten them up in short order and they can’t swim long distances during their lifetime.

However, it depends on what you need in your diet. According to experts, today’s farm-raised salmon tends to be higher in omega-3s and omega-6s fatty acids than wild-caught ones.

Farm-raised fish can be higher in contaminants, along with more drugs in their system. Some studies have suggested that farm-raised fishes are more likely to get sick due to farming conditions. With this, farmers treat them with antibiotics to prevent the spread of disease. While the levels are FDA-approved, antibiotic treatments, which imply that the seafood isn’t organic, often discourage some chefs and restaurant owners

Concerned about mercury? Although both types of seafood may contain mercury due to polluted waters, they tend to be higher in wild-caught fish. You may want to avoid larger, predatory fish species, like tuna (bigeye, yellowfin, and ahi), shark, swordfish, king mackerel, tilefish, which have higher mercury levels than smaller breeds. Experts also suggest pregnant women and young children to stay away from these seafood variants.

Wild-caught seafood is typically more expensive than farm-raised variants. Farm-raised fish tend to be cheaper, as they are bred to make them more readily available to consumers. They cost less to harvest, process, and ship.

A lot of people believe that farm-raised variants are a more sustainable choice. The truth is both fishing methods can be subject to practices that aren’t kind to the environment. Additionally, some species are considered unsustainable, others are restorative, so the answer will always depend on the type of seafood you’re purchasing.

Wild-caught seafood may be overfished or captured using methods that are destructive to the natural habitat and marine ecosystems.

Some aquacultures (fish farms), on the other hand, can harm natural habitats and other fish breeds by contaminating the waters nearby and threatening the flora and fauna that are native to those waters.

Know where you get your seafood

So, which is a better choice? It largely depends on where you purchase your seafood from.

Check your sources. When buying from your local seafood market, ask where they’re getting their fish and decide whether or not they’re sustainable. If you’re getting imported seafood, make sure the country of origin has strict wild-catch fishing and farm-fishing standards and regulations.

Author Bio: Mina Natividad is a passionate daytime writer for Manettas Seafood Market, an online and interactive seafood hub which provides customers a true, first-class fish market experience without leaving home. Since she’s a seafood lover herself, she’s got a lot to say about food, well-being, and lifestyle. 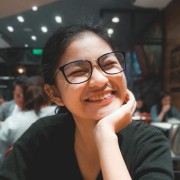